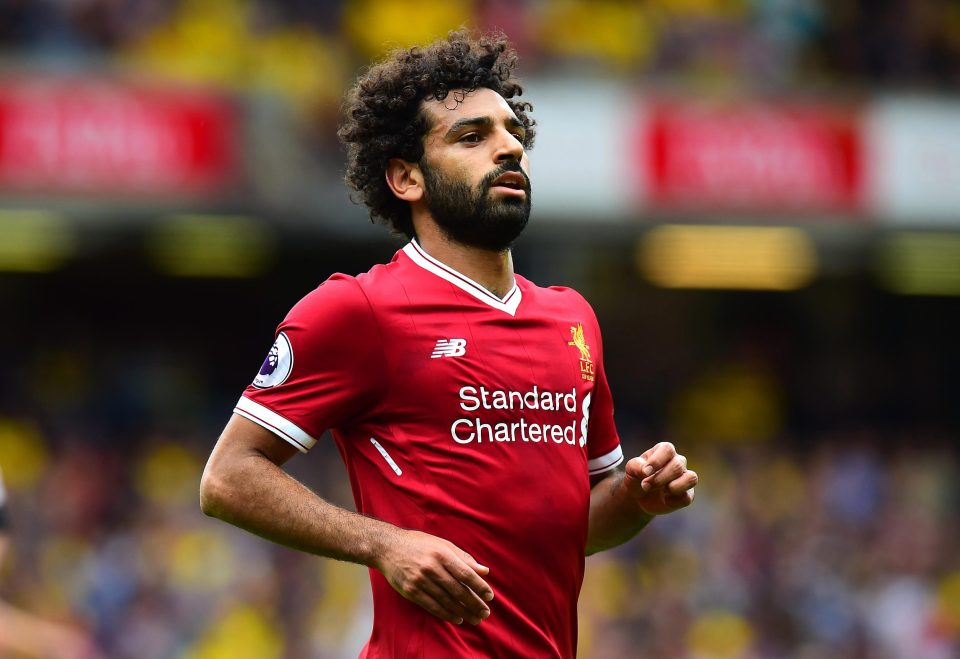 The 25-year-old’s 15 goals in all competitions have been monumental for Liverpool, particularly as their other goalscorers’ seem to be on break. His goals so far are the highest for the club since the exit of prolific striker Luis Suarez in 2014. With age on his side, there are already calls that he could match or exceed Didier Drogba’s record in the league. END_OF_DOCUMENT_TOKEN_TO_BE_REPLACED 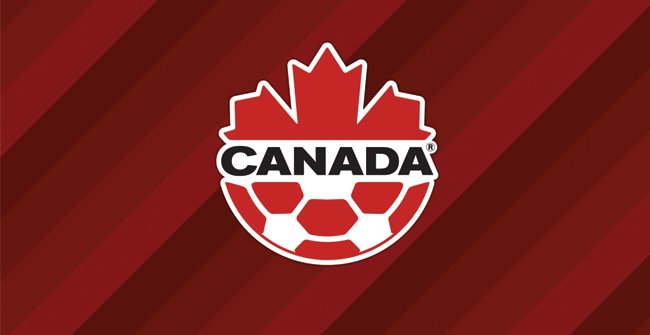 The former manager of the USMNT Jurgen Klinsmann allowed the tension between the team and the league to reach record heights. As a business, the MLS adopts models or processes that do not favour the national team as much. Notably in 2014, Klinsmann blasted the MLS for hurting the national team. END_OF_DOCUMENT_TOKEN_TO_BE_REPLACED 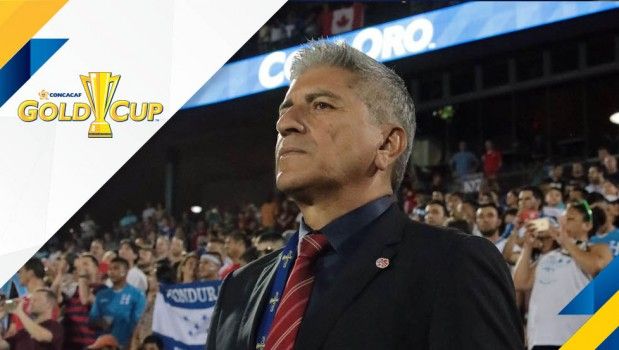 Octavio Zambrano has over 25 years of experience involving managing clubs as his 1st job was way back on 1990 when he was the assistant coach of California Kickers, a team that later went on to become an amateur club as they opted to leave the American Professional Soccer League. END_OF_DOCUMENT_TOKEN_TO_BE_REPLACED 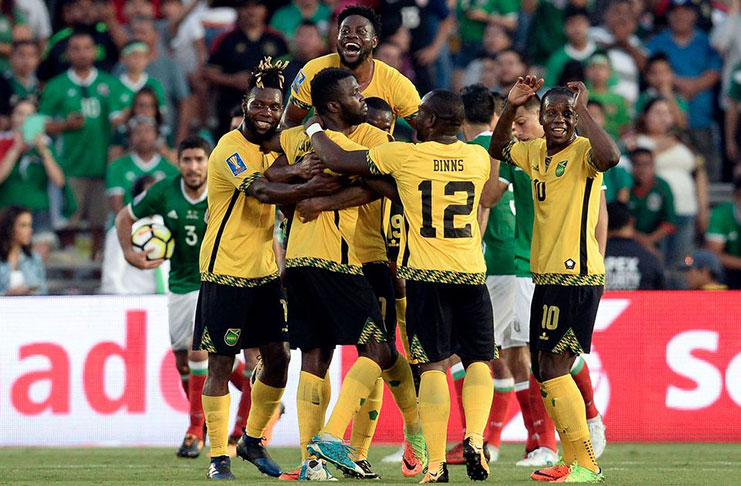 The thrilling encounter ended 2-1 with the Jamaicans through to the last four of the tournament.

The Reggae Boyz started the game on a good note when Shaun Francis latched onto a cross from Darren Mattocks to score in the opening minutes of the clash. The Canadian soccer side could have equalized in the tenth minute through a set piece but CyleLarin sent his effort wide. The Orlando City striker Larin was drafted into the team for the knockout stage as the CONCACAF biennial competition permits.

Mattocks had his own opportunity in the 17th minute but his shot failed to beat Canada keeper Milan Borjan. As play resumed after the break, Romario Williams received a pass from Mattocks before sending his shot past Borjan. END_OF_DOCUMENT_TOKEN_TO_BE_REPLACED

Canada has been without any professional soccer League for the last two and a half decades. The last time when a professional league had taken place in Canada was in the year 1992 after which the local association stopped organising it because of some reason and it’s needless to say that the soccer has suffered in the region since then because of that and the decision making authorities in Canadian soccer have probably realised it as they have decided to start the league once again.

Till now some of the famous Canadian clubs like Montreal Impact etc. have been taking part in the Major League Soccer which is a league organised by the USA Federation and now despite Canada going to have its own league again, those clubs will still keep participating in the American league only and won’t be a part of their home league.

A total of three clubs from Canada are actually involved in the Major League Soccer. Apart from Montreal Impact, there are a couple of other clubs based in Vancouver and Toronto respectively which are associated with MLS. END_OF_DOCUMENT_TOKEN_TO_BE_REPLACED

The Canadian national football team is a squad that is significantly struggling and it has become evident as they are ranked at the 117th by the FIFA standings which is one of their lowest placing’s ever.

This is not a recent thing either as the Canadian national side has historically struggled trying to even qualify for the big tournaments in the world of football including the FIFA World Cup and the FIFA Confederations Cup.

When it comes to competing in the FIFA World Cup, Canada has only managed to reach the group stages during the 1986 edition of the competition and they have failed to qualify or have simply not entered in any other World Cup.

Things might be changing for the good of Canada soon as they have recently announced a new head coach and this tactician is an experienced tactician who appears to be eager and optimistic about the challenges that are lying ahead. END_OF_DOCUMENT_TOKEN_TO_BE_REPLACED

The United States could partner with Canada and Mexico to host the World Cup in 2026, according to reports.

Canada soccer leaders are hoping to partner with their Mexican counterparts while the United States would be the lead host of the tournament – which would be the biggest ever following the decision of FIFA to expand the participating teams to 48. It is also going to be the first time three countries would host a World Cup.

Victor Montagliani, the head of CONCACAF – the regional body responsible for soccer in North America, Central America and the Caribbean said: “I think any one of the countries could probably put on a good show on their own. But I think there seems to be a prevailing thought that a confederation-type bid with multiple hosts is probably good for football.”

The hosts of the event would be announced by FIFA in 2020 with any of the American countries the likely choice. Europe and Asia have been excluded since Russia is hosting the 2018 World Cup and Qatar the 2022 edition. Africa hosted the 2010 version, meaning the Americans are the leading side to win the bid in the spirit of fairness. END_OF_DOCUMENT_TOKEN_TO_BE_REPLACED

Canada soccer female players join the list of athletes that have their medical records hacked. Hackers have been releasing confidential information of Rio Olympians to the public as they get hold of them. The world anti-doping agency (WADA) is pointing fingers at Russian cyber espionage as the group behind the attacks. Top stars have had their personal records opened. Rafael Nadal, Justin Rose, Mo Farah and others suffered the same fate.

Sophie Schmidt, Rhian Wilkinson, Melissa Tancredi, and Christine Sinclair are the four Canadian players affected so far by the data hack. The four represented their countries at the Summer Olympics games. None of them used Therapeutic Use Exemptions (TUE). However, the leaked documents reveal that they had exemptions for Salbutamol with January 2009 as the expiry date. The drug is used to open airways in the lungs.

Britain’s Rose won the first gold medal for his country in over a century, while Farah retained the 5000 and 10000 metres medals. Nadal-Marc Lopez partnership won gold in the Olympic men’s doubles in Rio. The hackers gained control into the anti-doping administration and management system (ADAMS) named as APT28 and Fancy Bears. The hacked documents were uploaded to fancybear.net revealing Farah’s details. END_OF_DOCUMENT_TOKEN_TO_BE_REPLACED

The 2016 Rio Olympic Games brought a lot of surprises with the Canadian women not being left out.

They broke a record of 22 years as they defeated the German national women team at the Olympics after 13 attempts. They have a golden opportunity to achieve another feat when they meet in the semi finals of the women soccer category. The game is slated for Tuesday, August 16 2016.

The Canada soccer team trounced Germany 2-1 in the group stage, but will meet a reinvigorated German team when they meet. For the Canadians to win, they would have to get off on a strong start. A quick goal within say the first 15 minutes will go a long way in boosting the confidence of the team. Germany will be hoping to dominate possession with the hope that they will break the defensive shell. Canada must stand united and resist crawling back to their half.

Germany will not give chances to the Canadians, going by their recent play. Canada would have to find space and convert the few they get. The Germans will likely block out Canada’s talisman Melissa Tancredi, especially after scoring two goals last week. There’s also Christine Sinclair and new star Janine Beckie. The midfield would be a key battle area so Canada would have to make tackles and break passing to get a hold of the midfield. Patient would be a virtue here.
END_OF_DOCUMENT_TOKEN_TO_BE_REPLACED