In the recent record-setting transfer deal, Alphonso Davies was the target in a Nike ad. He plays the biggest role to help Canada make it to the FIFA World Cup 2022. Nike recently released an ad and the narration was done by Colin Kaepernick, the activist and football player. The prime focus here was on the determination. Kaepernick said in the ad that if you are born as a refugee, it should not come in the way of playing soccer nationally at the age of 16. This was in reference to the young player Davies. 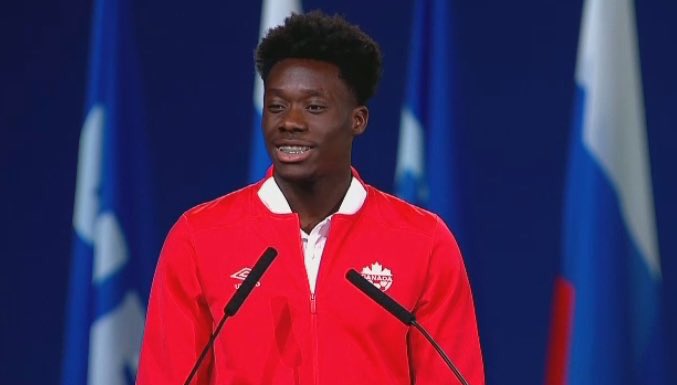 Davies is in Florida for training for the Concacaf Nations League with Canada against US Virgin Islands. The head coach of the Canada soccer Men National team, John Herdman has only heard about the ad during the training sessions. Herdman said he is proud of Davies and feels that their good time is coming back. He was quite happy with the way Davies spoke at the FIFA congress. The coach has played with several players, but they get paralyzed through weak performances or through mistakes. As far as Davies is concerned, he just looks forward to playing and has confidence. Herdman also said that his pace while on the pitch is amazing.

The Vancouver Whitecaps in late July signed a transfer deal to Bayern Munich for US$22. This was indeed a record-breaking one. The season will be finished by him as whitecaps would play with an all-new international team in the year 2019l. Davies began to play soccer in Edmonton post his family’s movement to the city from Liberia through Ghana. Davies played with Free Fottie, which is an after-school soccer league for elementary school and inner-city children. The director of St Nicholas Soccer Academy, Marco Bossio, met Davies about 6 years back when he used to scout at the Free Footie game. Bossio is confident that Davies would make if he puts his mind to it.