Two Canada international forwards came up against each other last weekend when Troyes played hosts to immediate past champions Lille in a French Ligue 1 clash which took place on Sunday. Canada national team star Jonathan David lined up for Lille, while national team colleague Ike Ugbo lined up for Troyes. Ugbo is on loan at French club Troyes from Genk in the Belgian top flight. 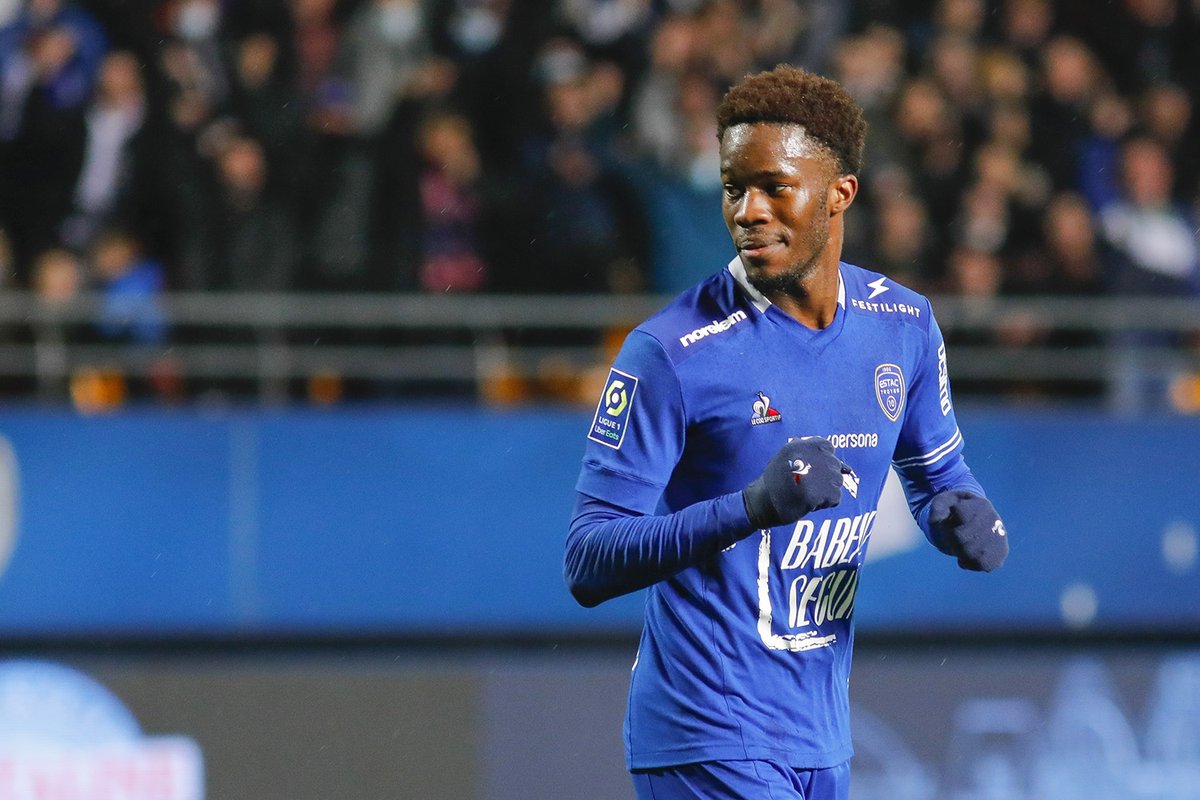 Troyes led 1-0 at the halftime break after Florian Tardieu scored from the penalty spot following the call that Tristan Dingomewas brought down by Lille defender Jose Fonte.

Lille went down to ten men at the start of the second half after Portuguese midfielder Renato Sanches was sent off for two yellow cards in quick succession. He received the two yellow cards due to dissent from his complaints for the call given to GiulianBancone who hit the floor under pressure from Lille attacker Burak Yilmaz. It took just five second half minutes for Lille to go down to ten men as a result of the red card to Euro 2016 winner Sanches.

Troyes went 2-0 ahead after Canada international attacker Ugbo scored his fourth goal in 11 league appearances since his loan move from Genk during the winter transfer window. He tucked away the resulting spot kick after he was fouled by Lille centre back Sven Botman who was lucky to stay on the pitch afterwards. Botman was given a yellow card and not a red card for denying a goalscoring opportunity. A third penalty of the game was awarded for Troyes and it was finished by Tardieu four minutes from time for his second goal of the game. The brace from Tardieu propelled Troyes to a 3-0 win over nine-man Lille who also had Yilmaz sent off and took them closer to safety as far as Ligue 1 football is concerned.

Canada striker Jonathan David was substituted after 69 minutes of the game as he was largely anonymous.