Canada will resume their ConcacafNations League campaign when they take on Curacao at home next week. The Canadians will take on Panama in an international friendly on Monday before the Nations League clash with Curacao. Canada would be hoping to avenge the 1-0 defeat suffered at the hands of Panama in March when the two teams meet in a matter of a few days. Gabriel Torres was the recipient of the only goal of the game when Panama got the better of Canada. 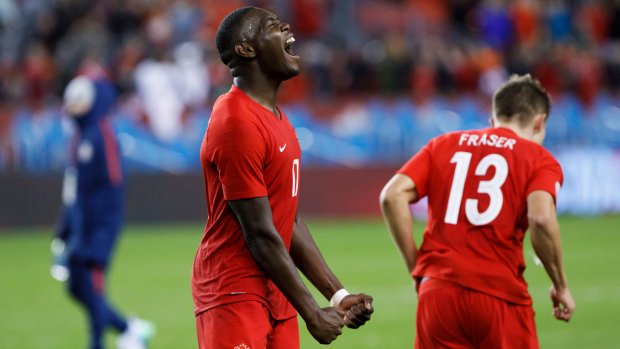 The Canadians were beaten by Panama during the March international break in a qualifying game ahead of the 2022 FIFA World Cup tournament on Qatari soil. Canada were very impressive during the qualifying campaign for the Qatar 2022 World Cup from the Concacaf section. They didn’t taste defeat throughout their World Cup qualifying campaign until three games to the end. The Panama game made it two losses in three games. It was the last game of the qualifiers for both Panama and Canada.

Canada booked their place at this year’s World Cup tournament in Qatar by winning the final round of the Concacaf region ahead of more illustrious teams such as Mexico and the United States of America. Costa Rica finished in fourth spot and will take on Oceania champions New Zealand in the inter-confederation playoffs to determine who will secure a place in Qatar 2022.