Spanish defender Ramon Soria has completed a return to FC Edmonton after agreeing to re-sign for the club. The veteran defender was in talks with the club concerning a return to where he has once called home and whose badge he has previously played so hard for. 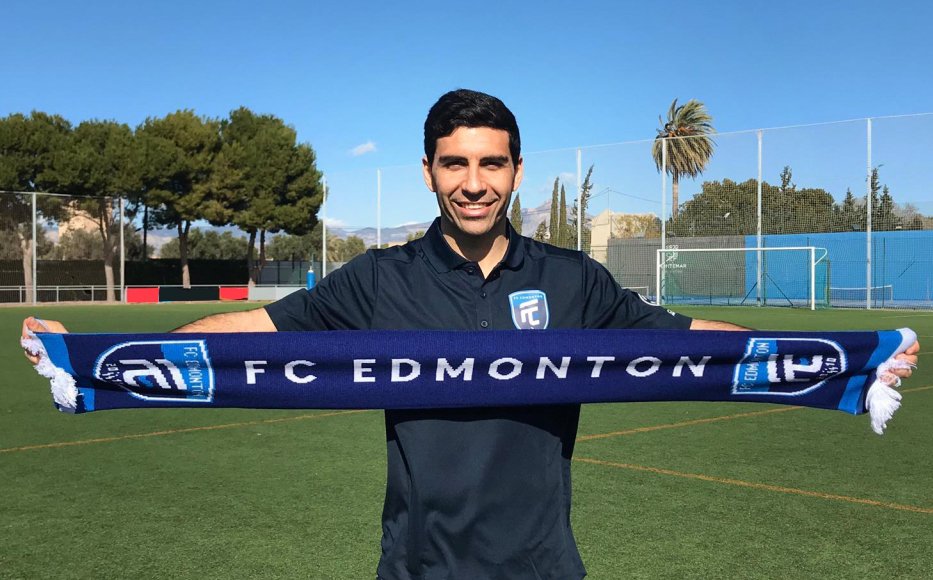 FC Edmonton broke the news on Tuesday after they confirmed via official website that the defender has returned to them after initially leaving the club. The 31-year-old experienced defender featured in seven games for Edmonton, playing for a total of 630 minutes at The Island Games. He was the only Eddie’s player to achieve this feat. He also topped the passes completed stats with 338 completed passes recorded to his name.Ramon is naturally a centre-back but is also gifted with the ability to play in defensive midfield. I’m his debut season for FC Edmonton back in 2019, he played in as many as 25 games for the club, spending 2,000 minutes on the pitch and was among the goals on four occasions with all of them being assists.

He played most part of the 2019 season as a holding midfielder and flourished excellently in that position. He is a graduate of the Villarreal youth academy and featured in 13 appearances for Spain’s youth teams.

After leaving Spain, be joined North American sides Ottawa Fury FC and Puerto Rico FC in the NASL. He has also played for clubs in is homeland, in Norway, and in Slovenia.

Soria represented Spain at the 2006 UEFA European u-17 Championship and was teammates with Chelsea legend César Azpilicueta and former Barcona player Bojan Krkić. Alan Koch, Edmonton’s head coach revealed his excitement after the club completed the signing and added that he has always been a fan of the defender.