Canada international Alphonse Davies played the whole game as his Bayern Munich side recorded an impressive victory over Spanish side Barcelona in Group C as far as this season’s Champions League group stage campaign is concerned. 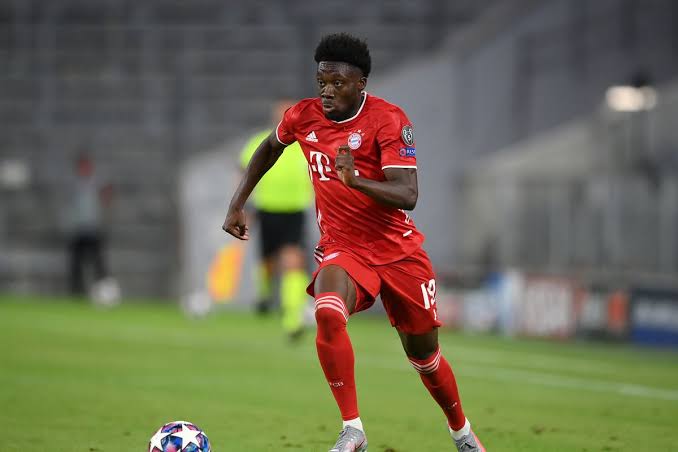 After the latest Champions League group stage draw was conducted a few weeks ago, Canada international Davies and his Bayern Munich teammates were drawn in the same group alongside Spanish La Liga giants Barcelona, Italian Serie A side Inter Milan and Czech side Viktoria Plzen.

Both hosts Bayern Munich and Barcelona came into their latest Champions League meeting with a win from the first set of games in Group C. German international Leroy Sane scored one of the goals as Bayern Munich beat Inter Milan 2-0 away from home. For Barcelona, new signing Robert Lewandowski scored a treble on the way to a 5-1 win over Viktoria Plzen. As a result of the big victory over Plzen, Barcelona led Group C on goal difference from Bayern Munich at the end of the first set of Group C games.

For their latest meeting, Canada international Davies helped Bayern Munich keep a clean sheet on the way to a 2-0 home win over Barcelona. Barcelona dominated first half proceedings, but they could not turn the dominance into goals as the two teams ended the first 45 minutes without a goal. However, it took just five minutes for Bayern Munich to take the lead thanks to the header from Lucas Hernandez. The Frenchman scored the opener off the corner kick from German international Joshua Kimmich. Four minutes later, German star Sane doubled the lead for the Bavarian giants. Sane made it two goals in two Champions League group stage games this season with the second Bayern Munich goal to seal the win over Barcelona.