Blames are not for national captains. That’s what coaches are for. Someone to bear the shit and insults when things go south and stand in the shadows, watching the club owners take the glory when things go north. 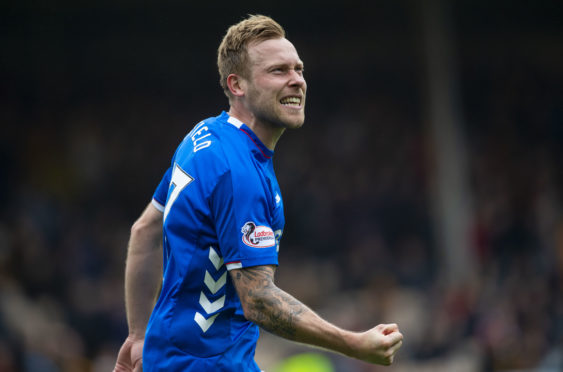 When Canada international Scott Arfield got home after Ranger’s Europa League loss to Young Boys, the old man must be wondering at what point it all went wrong.

Asides criticizing and giving him The Worst Player of the Night award, the fans are taking one step further to demand the Gers coach to retire the 30-year old to the bench. From captain to cheerleader. With immediate effect.

This ugly mess may have been avoided if Alfredo Moreno’s opener was maintained throughout the night. The Canadian captain Arfield will certainly go home wondering what would have happened if Young Boys hadn’t equalized and went on to clinch the winner at the dying breath of the 90-minute stop clock.

Although Arfield has been obviously less sharp than he was last season, the displays of goal scorer Moreno and Davis Jack has only served to amplify how much of a yard he’s lost.

Starting on the wing with SeyiOjo and Moreno meant the slowness in pace of the adult would be made obvious by his more youthful teammates.

Having clocked up 46 appearances last season and registered 12 goals and 5 assists, this season’s 2 goals and 1 assist in 16 appearances makes it incredibly hard to defend him.

The loss against Young boys have turned their next game with Portuguese giants Porto FC into a must win. Arfield can only hope, that’s if his ass isn’t returned to the bench, to put in a lot of quality performance and remind Rangers FC why they signed him in the first place.