Chelsea FC legend, Didier Drogba scored again in an eight-goal thriller in Ohio. The former Chelsea striker netted from the penalty spot but was not the only famous name to get on the scoresheet as Federico Higuain (Gonzalo’s older brother) scored a brace for the home side as well. 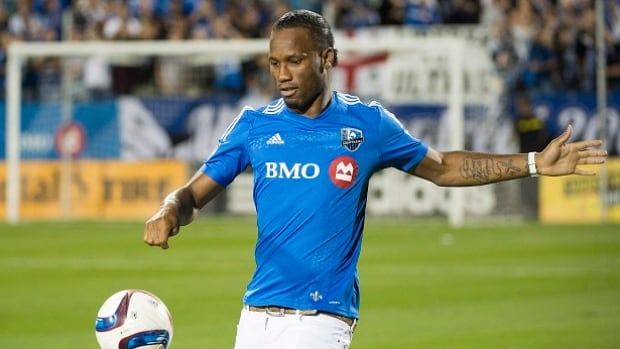 Eastern Conference-leading Montreal Impact rallied from a three-goal deficit to force a draw against Columbus Crew on Saturday. Dominic Oduro scored in the 93rd minute to cap the comeback at Columbus Crew Stadium as Montreal staged a brilliant second-half fightback in the contest.

Impact head coach Mauro Biello told the press that it was a ‘bizarre’ game. “We showed a lot of character, coming back from a 4-1 deficit on the road. We’re heading back home with an excellent point. Defensively, we have to address certain things, but I’m glad that we showed that we can score at any time. At times it felt like one of those lotteries you can play on betfaircasino, with the goals cropping up randomly, but thankfully we were able to get our point.”

Kei Kamara and Higuain each scored twice for Columbus who seized control in the second half only to relinquish their lead moments later. Ivorian centre forward, Drogba converted a penalty for Montreal in the 57th minute and Ignacio Piatti scored his second goal of the game one minute later to pull it back to 4-3.

Things came apart at the end for the Crew, last year’s MLS runner-up, in a match where both defences left much to be desired.

Impact defender Laurent Ciman prised the efforts of his team mater in the post match interview. “Attacking players did their job today, and we have to tip our hat to them,” he said. “Defensively, we have to show our fans that tonight was a mistake. We can’t be satisfied,” he added in the game that was attended by over 14,000 fans. The goal makes the third of Drogba’s since his return from injury and the second straight one in the MLS.